On January 4, 2009, in the midst of a record snowfall, delegates from over 50 countries descended on Vancouver to be part of the annual convening of the International Congress of School Effectiveness and Improvement. When we were asked to chair the program with the BCSSA as the organizing committee, we knew that this was a unique opportunity to bring some of the best thinkers in the world of school improvement to BC and to share some of the strong work of BC educators.

The theme for 2009 was New Departures for a Learning World of Equity and Quality riffing on the Diana Krall song Departure Bay. Our gift to each of the speakers was a CD of her newest album at that time. Listening to her music still brings great pleasure and special memories of ICSEI 2009.

One of the expectations of ICSEI is that international delegates get a chance to experience some local culture. The excursion that Lynne Tomlinson organized to the Hiwus feasthouse at the top of Grouse Mountain was definitely a highlight.  Lynne buckling large numbers of unprepared delegates into snow shoes in the midst of a blizzard and then watching serious academics like Vivianne Robinson and Helen Timperley dancing in the feasthouse are experiences we will never forget. Also memorable were the comments by Swedish educators who toured Strathcona Elementary School in Vancouver.  They said the school was filled with 'burning hearts' – high praise for the passion and dedication of the staff. 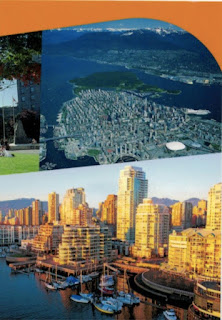 The Ministry of Education was an important partner in ICSEI and with the support of then Superintendent of Liaison, Sherri Mohoruk, twenty-five BC educators not only attended the Congress, they also provided a number of sessions focused on the ways in which BC schools are addressing the challenges of equity and quality. David Istance, the lead in the OECD/CERI research study on Innovative Learning Environments(ILE), was part of the group who attended a number of the BC school sessions. He was impressed by the caliber of educators he met and by the ways in which inquiry networks were supporting innovative practices. Shortly afterwards, David invited us to attend a meeting of the group involved in the ILE study and that was the start of BC’s involvement culminating with the publication of The OECD Handbook for Innovative Learning Environments in 2017.

Through this connection a number of BC colleagues became involved in the ILE work from submitting case studies to attending international gatherings of the ILE countries. Through their involvement in ICSEI and the ILE study, BC educators are creating new connections with colleagues around the world. From presentations at ICSEI in Cyprus, Malmo, Singapore, Malaysia, Ottawa and Stavanger, BC educators are becoming a strong presence in the international educational community. Through the connections with the ILE work, there is now a large group of schools in Barcelona using the spiral of inquiry to change the experiences of learners in Catalonia.

We haven’t always had a strong culture of study tours in BC. This has changed. Over the past ten years BC has hosted study tours for educators and researchers from Australia, New Zealand, England, Sweden, Barcelona, Switzerland, Germany, the US and the Netherlands. With the support of the BC Principals and Vice Principals Association, school leaders from BC are participating in the LEAP exchange program.  BC educators – and a high school student  - have taken centre stage for the past two years at the NOII NSW and Queensland  annual symposia.

ICSEI 2009 also sparked debate and then action in BC connected to innovation and curriculum. The flames of possibility that were kindled by the provocation of keynote speakers and the relationships that were formed subsequently influenced the substantive provincial  curriculum redesign.

ICSEI 2009 started in a snow storm, created some very special memories, opened up many opportunities, sparked new thinking and action – and helped propel us towards a learning world of quality and equity. The journey is far from over. See you in Marrakesh and Auckland.